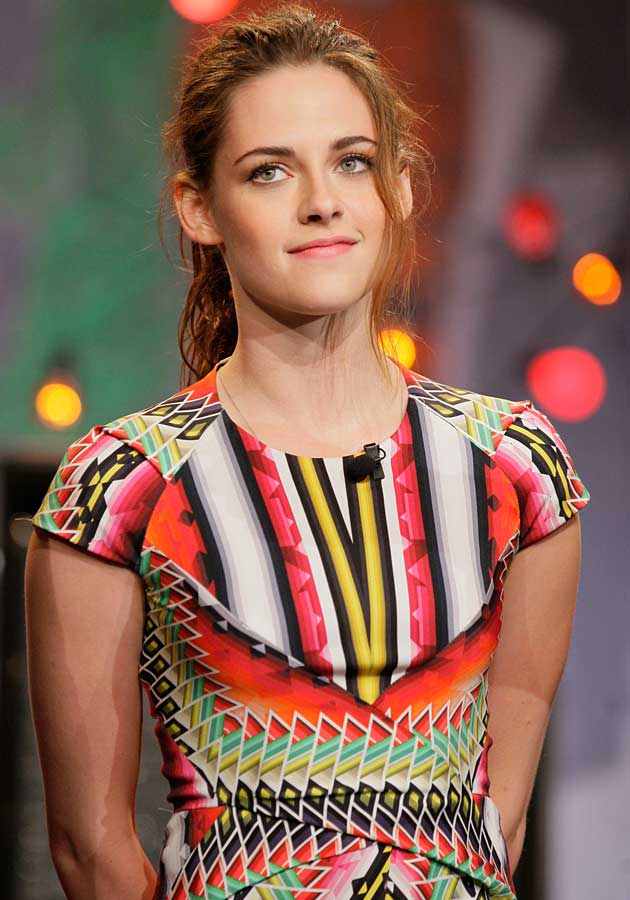 
Question: Because you fiercely held onto this project, since before even Twilight, what is it that spoke to you about Marylou, that made you still want to be a part of this, after all this time?

KRISTEN STEWART:  I really had to dig pretty deep to find it in me to actually play a person like this. It took a long time. Initially, I couldn’t say no. I would have done anything on the movie. I would have followed in a caravan, had I not gotten a job on it. But, I was 16 or 17 when I spoke to Walter [Salles], for the first time. I was 14 or 15 when I read the book, for the first time. It was easy to connect the dots, after having gotten to know the person behind the character, to see what I would need to pull off a lifestyle like that, but that didn’t happen until deep into the rehearsal process. At first, I was just attracted to the spirit of it. I’m the type of person that really needs to be pushed really hard to be able to really let it all hang, and I think Marylou is the type of person that you can’t help but be yourself around because she’s so unabashedly present, all the time, like this bottomless pit of really generous empathy. That’s a really rare quality to have. It makes you capable of living a really full, really rich life without it taking something from you. You couldn’t take from her. She was always getting something back. She was amazing. WEITERLESEN


Stewart comes off like most 20-somethings might—a compelling mélange of pensiveness interrupted by sudden pangs of excitement. Clad in jeans, sneakers, and a loose-fitting sky-blue shirt, she fiddles with her greasy reddish-brown hair—the color’s a byproduct, she says, of not filming a movie for a year.

She has, however, kept busy making the grueling publicity rounds—health-permitting. “Last night I was sick with the flu and couldn’t go to this On the Road screening,” she says, sounding contrite. “Normally, I wouldn’t feel too terrible about missing a press event, but I felt awful because I’d do anything for this film. It holds a special place for me.”

Developing a cherished novel into a film is always a tricky endeavor, but Jack Kerouac’s On the Road, a beatnik-era classic about a group of youths in the ’40s and ’50s, provides an even greater challenge than most. Based on the author’s real-life pals, including Allen Ginsberg and Neal Cassady, the road-trip saga was hell-bent on upending conformity as it attempted to capture the spirit, not just the events, of the time.

Stewart committed to the film at 17, even before shooting on the first Twilight movie began. It was Sean Penn, Stewart’s director for Into the Wild, who recommended her to Twilight filmmaker Catherine Hardwicke for the role of Bella Swan, a chaste teen desperately in love with a vampire. And it was Penn’s 21 Grams director, Alejandro González Iñárritu, who suggested to director Walter Salles that he cast Stewart in On the Road.

She discovered the novel during her freshman year of high school and says it “changed her life.” To prepare for the role of capricious nymphet Marylou, Stewart spoke with the daughter of LuAnne Henderson, the woman on whom the character is based, and went on a road trip from Los Angeles to Ohio with two of her friends just prior to shooting in the summer of 2010.

“There was a lot of skirting of little girls at rest stops. Like a volleyball team would pull up and I’d dive behind a bush,” she says with a laugh. “But we stopped at a Hooters in Amarillo, Texas, because there was this huge horse statue in front of it. We bought a lot of beef jerky. And seeing the landscapes fade from orange to green is the coolest thing.” WEITERLESEN