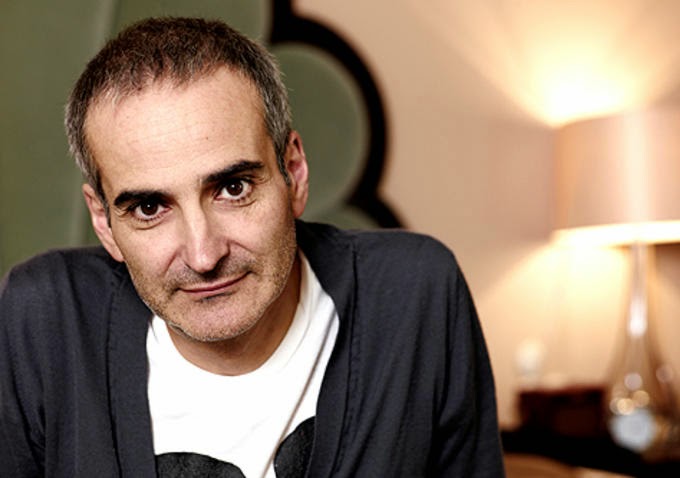 (...)
But there's another layer to this narrative: You've got Kristen Stewart coming off of "Twilight," and Binoche appeared in a bit role in "Godzilla" earlier this year. What are your thoughts on the contrast between their experiences in such a different filmmaking arena?

When you're an actress, you may have some control over your career, but not total control over where your career takes you. So you are fairly dependent on the environment. Today, being a famous actress means that you get offered parts in blockbusters that are eventually more serious, in character-driven filmmakers. You may get offers from indie filmmakers. And you get offers for stage work. Plus, your life is all over the place on the internet. So you have to make your choices to build something that has some sort of coherence out of all that comes to you, and it's very difficult. I think that often, the movies that are the most difficult are also the most rewarding for an actress.

In light of that observation, what's your take on Kristen Stewart?
I'm extremely grateful and admiring of Kristen, in the sense that she can do more or less what she wants — I mean, she has a lot of options. That's the least one can say. And she's doing indie films. She wants to remain part of that world. She's taking risks, trying things, and when she spends two months in Europe with a bunch of weird French filmmakers, she's completely cut off from her world. You know, we're shooting in Leipzig, it's not like you can just go home for the weekend. I mean, you're stuck there. She's there because she thinks she has something to learn — not so much from me but from Juliette, specifically about how she's been able to keep some sort of hold on what she's been doing and how she's been asserting her freedom and her own weird choices. I think that she works in a slightly different space and has the intuition that there is something there for her.
Your next movie will co-star Robert Pattinson. Do you feel similarly about him?
I met him in London at a very early stage before I shot "Sils Maria" while I was still working on the screenplay for my next film, but I knew I wanted him for the leading role. We had a long conversation in London about the project. That's also one of the first times I met Kristen. She was around.
Does working with these younger, well-known U.S. actors make it easier for you to get your films done?
No. You know, a movie like "Sils Maria" functions pretty much the same way as my other movies in terms of how I build it. I have a similar budget. It's a small film. We shot in 32 days, six weeks.


But Kristen Stewart alone brings a whole new audience who hasn't seen your other films.
Yeah, of course. Those things fall into a place based on a logic you have no control over. I really do think that, for this movie, Kristen is the best possible choice alongside Juliette. I don't think that there's an actress who would have been more to the point, more of what I had in mind when I was writing this film. So in that sense, she's a big star, but it makes complete sense. It just happens that I wrote that kind of part. I have no plans of writing another part like that. It certainly doesn't change the dynamics of the film. For instance, when Kristen came onboard for this film, the financing was there for another actress to play her part. It was Mia Wasichowska. Then she couldn't do it because she had a studio contract, which basically didn't allow her to shoot within our schedule. Initially, Kristen had not been available because she had another movie happening in the same time. So things changed and all of a sudden she was available. But what I'm saying is that in terms of the financing for the film, it didn't change a thing.
Verfasst von Stewart & Pattinson Support um 11:02
Diesen Post per E-Mail versendenBlogThis!In Twitter freigebenIn Facebook freigebenAuf Pinterest teilen
Labels: Kristen - Mentions, Movie - Clouds of Sils Maria, Rob - Mentions, Rob - Movie Rumours
Neuerer Post Älterer Post Startseite