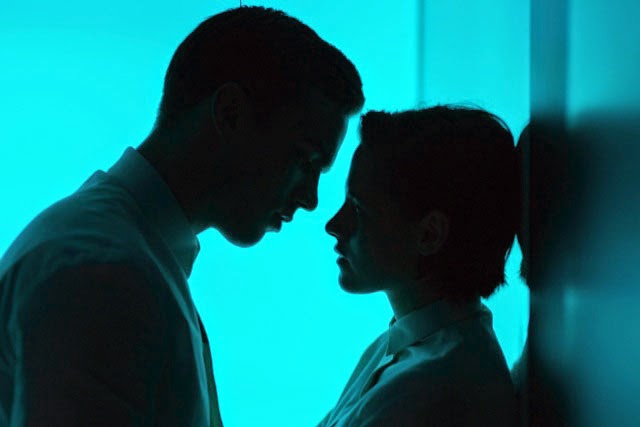 Variety: Scott free Films has released the first image of the new Drake Doremus film “Equals,” starring Kristen Stewart and Nicholas Hoult. Guy Pearce and Jacki Weaver also star. The love story is set in the future where emotions have been eradicated, but a disease can cause them to return. “I’m definitely not afraid of ‘feels.’ My life revolves around it actually,” Stewart said of the film’s theme at a press event in August. “Finding the balance between the head and the heart is important but I’ve always been very driven by the gut. Every thought or articulated emotion starts in shapes and colors and putting your finger on that is cool, but it’s not necessary.” When asked whether he’d like to live in an emotionless world, Hoult said, “That obviously would be the easy way out, but no, I like to feel everything, take the highs and the lows.”
source
Verfasst von Stewart & Pattinson Support um 11:36
Diesen Post per E-Mail versendenBlogThis!In Twitter freigebenIn Facebook freigebenAuf Pinterest teilen
Labels: Kristen - Movie Stills, Movie - Equals
Neuerer Post Älterer Post Startseite