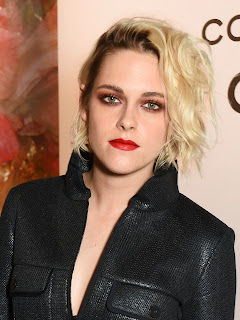 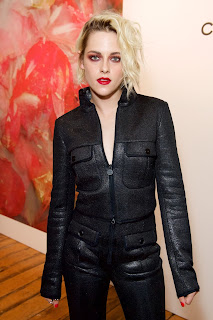 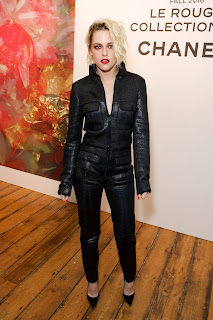 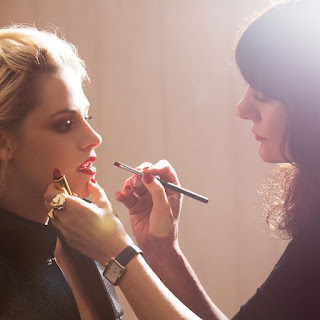 As Britons flocked to the polls on Thursday, Chanel offered a bit of distraction from politics with an event at London’s Somerset House to mark the launch of its latest make up collection, “Fall 2016. Le Rouge Collection Number 1.” The other main attraction was brand ambassador Kristen Stewart.
This was the first collection designed by Lucia Pica in her role as Chanel’s global creative designer for makeup and color. To celebrate the occasion the French luxury house went all out, flashing red spotlights on the vast Neoclassical building that overlooks the Thames.
Laura Bailey, Lily Allen, Emily Weiss of online beauty brand Glossier, Henry Holland, and Erin O’ Connor were among the guests.
Pica aimed to subvert the classic status associated with the color red and to give the collection another dimension. She did so by working with the photographer Max Farago and filmmaker Clara Cullen to document her creative journey and different sources of inspiration associated with the color red.
Stewart, who is the face of the new collection’s campaign, said Pica’s array of references inspired her to have a deeper connection with the concept.
“This is my first makeup campaign that I had done with Chanel and they approached their work with such genuine impulse. I know that clothes can really acquaint you with aspects of yourself that can be surprising; when they tell a story and when they evoke a feeling it really can be like one of the coolest art forms there is,” she told WWD. “I didn’t really know how deep you could go with that on a makeup level but Lucia derives her work from something that is so fundamental to her and really comes from a deep place within her. Just seeing all of her references and inspirations was so special, it is not just about red lipstick.”
Stewart added that she has been playing with the products, and was immediately attracted to the rawness of the look that can be achieved.
“Red is not the most obvious choice to put — say — on your eyes or something like that, but it is the color of blood. It’s the color of what keeps us alive and so it is really emotional. You might think that red eyeliner might make you look tired but what it looks like is it looks raw. It looks like your blood is closer to the surface of your skin, it looks like you are alive so there is something engaging about it. Basically you are taking what you naturally have and enhancing it so it doesn’t feel like a mask,” said the actress who will be shooting the first short film she has written and directed herself at the end of July.
via http://wwd.com/ und adoring kstewart
Heute ist sie schon wieder in LA angekommen. 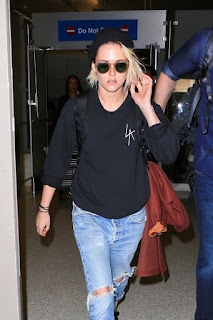